Oxford Health joins forces with Oxford University Hospitals to get patients on hospital wards out of bed, dressed and active. 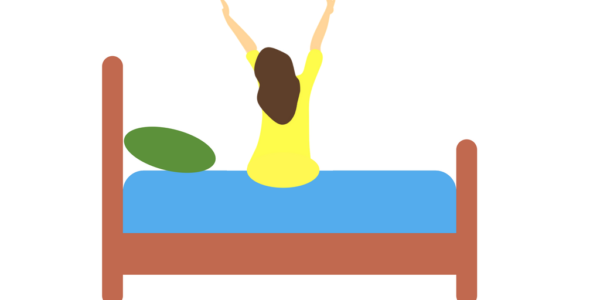 Just 10 days of bed rest in a community or acute hospital leads to the equivalent of 10 years ageing in the muscles of people 80 and over.

The #EndPJparalysis campaign aims to encourage hospital patients to ditch their pyjamas and get moving, to enable them to get back to their own homes earlier, and reduce the numbers of falls and pressure ulcers caused by reduced mobility and spending long periods of time in bed.

Many older people who spend more time in a hospital bed find that they may no longer be able to live independently or feel they can take part in their usual activities. The campaign helps people stay more active in hospital, so that they can retain their core strength and stability and continue to live their lives with friends and family when they return home.

The campaign is being launched nationally on Tuesday 17 April and will run for 70 days until Tuesday 26 June – to mark 2018 as the 70th anniversary year of the NHS.

Nursing staff on hospital wards will use a smartphone app to record how many patients are dressed and active in their day clothes and mobile at 12 noon each day from 17 April to 26 June.

‘The best bed is your own bed’

At our Witney Community Hospital the event launch will be celebrated with a dance class of people being cared for on the wards.  We’ll be asking families and carers to bring in suitable clothing and suitable footwear, to help get people moving.

Staying in nightwear or pyjamas reinforces the sense of being unwell rather than getting better, and there are sound reasons to tackle “PJ paralysis”, says Oxford Health’s director of nursing Ros Alstead OBE.

“We care for many people in our community hospitals and beyond in their own homes through services like district nursing. Getting up and getting active is part of getting well. It leads to better health and greater independence. We know that for most people, with the right support, the best bed is their own after an active day, and we’re encouraging everyone to join this campaign.”

We will be promoting the campaign on all our physical and mental health wards in our community hospitals across Oxfordshire, Warneford and Littlemore hospitals in Oxford, and our locations in Buckingham, Wiltshire, and Bath and North East Somerset (BANES).

Our sister trust at Oxford University Hospitals will also be running the campaign at its hospitals across Oxfordshire, including the John Radcliffe, Churchill and Nuffield Orthopaedic Centre in Oxford and the Horton General in Banbury.

She says: “Wearing pyjamas for many patients reinforces the ‘sick role’ and can prevent a speedier recovery. I am delighted to be the sponsor of a new NHS-wide 70 day Challenge to achieve 1 million patient days of relevant patients being up, dressed and mobilising.”

Sam Foster, Chief Nurse of Oxford University Hospitals, says: “Research shows that 10 days of bed rest in hospital leads to the equivalent of 10 years’ ageing in the muscles of people over 80 and so it is really important that we help patients to get dressed and get moving.

“This ‘deconditioning’ can cause serious harm to patients in hospital, especially older patients, and so we are supporting this campaign across all our hospitals. We hope it can make a real difference.”

Follow the campaign along on social media on #EndPJparalysis

The application of #EndPJparalysis in one ward at Nottingham University Hospitals led to:

Health Visiting service getting back to full strength