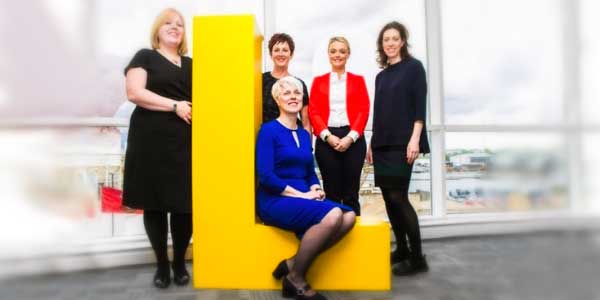 Every two hours in England, someone loses their leg due to a non-healing wound. For the first national Legs Matter Awareness Week, June 3-7, we're urging people to ‘stand up’ to one of the UK’s biggest health challenges.

Each year, more than a million people in the UK suffer from serious leg and foot conditions and the resulting delays to correctly diagnose and treat them can cause unnecessary suffering, disability, amputation and even death.

Carl Vessey, 48, lives near Banbury, with his wife and three daughters. Problems with his legs started after a dramatic health scare in 2014.

He said: “I came home from the office one Friday evening and didn’t feel right. Next thing I knew I’d collapsed and was coughing up blood. My wife called an ambulance and I was taken into hospital. It was just as well, because the doctors said that had I not gone in, I wouldn’t have lasted the night.”

Carl was diagnosed with multiple pulmonary embolisms – blood clots that typically start in the legs and travel to the lungs.

“I was in a hospital for about a week and put on blood-thinning medications to help with my circulation. But about a year later, I developed cellulitis on my leg. I was prescribed different medications and treatments, but it just grew and grew until I had no skin on my leg. From just below my knee to just above my ankle, it was completely red raw. The pain in the morning would be excruciating, but I couldn’t take any medication until I got to work because I couldn’t drive if I’d taken them.  I was even thinking, will I have to have my leg amputated?

“Then I met this amazing tissue viability nurse who introduced me to compression therapy. When she told me that I’d only have my dressings changed twice a week, I was really worried because of the leaking. But she explained that compression diverts fluid away from legs so they wouldn’t leak. It’s been incredible to see the leg go from red raw to virtually healed. I feel like I’ve got my life back.”

Our tissue viability clinical lead Sarah Gardner, who provides clinical care to Carl, is urging people to play their part by checking their own and others’ legs and feet for 10 possible problems including swollen, tender legs or sores that won’t heal and to get involved by holding their own ‘Legs Matter Natter’, to take action with the ‘Legs Matter Pledge’ and by ‘Sharing Your One Big Thing’ – one important fact people wished they had known earlier about leg and foot health.

Sarah said: “There are more than a million people suffering with lower leg and feet disorders – many of which are life changing. These conditions are often overlooked by patients, carers and clinicians. We are passionate about changing this.

“We want people to check their own and others’ legs and feet and to speak to a pharmacist, podiatrist, nurse or GP if they are concerned. Getting early treatment makes all the difference and prevents the condition becoming more serious.”

Sarah has organised a series of events for both the public and health professionals:

The senior management team at the Trust have also pledged to have ‘Legs Matter Natters’ during meetings that week and will be wearing their funkiest socks.

Our community nursing teams will be out and about in jazzy socks and tights, talking to patients, family and carers about looking after their legs and feet.

Each year, it is estimated that more than a million people in the UK suffer from serious leg and foot conditions and the resulting delays to correctly diagnose and treat them can cause unnecessary suffering, disability, amputation and even death.

Now a group of the UK’s leading lower limb clinicians, led by the Tissue Viability Society, have joined forces to encourage people to check their legs and feet, to get medical help fast and to highlight what level of care patients have a right to.

Costing the NHS up to £5.3 billion annually, leg and foot ulcers, oedema (a failure of the lymphatic system), narrowing of the arteries and other serious problems need to be treated quickly and correctly to reduce the risk of non-healing wounds, secondary health problems and deteriorating health.

An NHS England study estimates that having effective care early, reduces leg ulcer healing times from around two years to just a few months and is 10 times cheaper. But many patients suffer unnecessarily for several years due to a lack of knowledge and not accessing the right care.

Supported by NHS England, a group of eight health care charities and not-for-profit organisations have come together to tackle the issue. As part of this, they have produced an online checklist for people, including health care professionals, to recognise the signs and symptoms of lower leg and foot problems.

Leading clinicians from The Tissue Viability Society, The British Lymphology Society, Accelerate CIC, The College of Podiatry, The Society of Vascular Nurses, The Lindsay Leg Club Foundation, Foot in Diabetes UK and The Leg Ulcer Forum have formed Legs Matter and want to ensure that anyone with a lower leg or foot problem understands their condition and gets the urgent care and support that they need.

A patient will encounter a number of people along their journey to diagnosis and treatment – from the pharmacist, to the practice and community nurse, to the GP and beyond. The Legs Matter coalition want to make sure that every person, including the patient, has the information that they need to take the best steps towards healthy, pain-free legs and feet.

You can find top tips for leg and foot health in the Legs Matter leaflet and order a free action pack.  Let us know what you’re up to and what you’ve pledged on Twitter or Facebook using the hashtag #legsmatter, or drop us an email.

No X-ray service in Abingdon after 5pm on June 30th