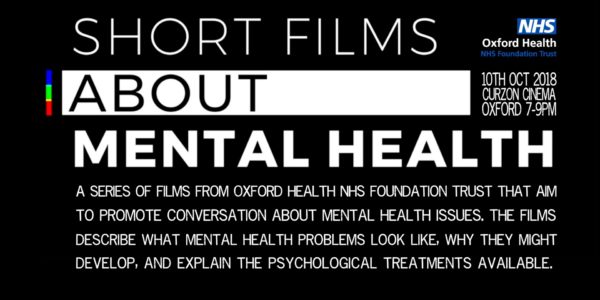 We marked World Mental Health Day with a showbiz launch of short films about mental health.

Both musicians talk about living with attention deficit hyperactivity disorder (ADHD) to inspire others with neuro-diversity to chase their dreams and live life for who they are.

Sadie, 17, said: “I’ve really loved it. It’s been an incredible learning experience and lot of fun. Being able to interview some of my favourite people, and discovering new things about them, has been such a rare thing. It’s also let me develop new skills.

“I have learnt so much about myself. It’s been such an amazing thing to be involved in, its helped me to understand myself more. Who I am, what I have been through, and where I could go from here.

“I hope these films now go on to help many others in their own understanding of mental health and neuro-diversity.”

Izzy Phillips told Sadie: “I hope this film helps people open up about their own struggles with mental health. Talking is the bravest thing you can do. It’s also one of the hardest, I found it pretty terrifying opening up so honestly about myself. But the harder something is to say the more important it is to say it.”

As well as being a ground-breaking rapper, Loyle Carner is also a social activist writing a forward to “Dyslexia Is My Superpower (Most of the Time), a book for young people about the condition he was diagnosed with at the time alongside ADHD. He also runs a cooking school for young people with ADHD to develop confidence and skills.

In an interview with NME magazine he said: “I know if I was 12-years-old and was really struggling, (it would have helped) if I had someone who was 20-odd years old who was a rapper or whatnot and could come and chat to me and ask, ‘What do you like to do, what don’t you like to do, don’t worry about that, those kids don’t matter, you’re not stupid.’”

Dr Hannah Stratford, clinical psychologist at Oxford Health NHS Foundation Trust, said: “When people start searching the internet or YouTube looking for information sometimes it’s not as helpful as we might like. We wanted to offer young people and their families answers to the questions they’re asking, and also provide information about how they can get help and continue living their lives with mental illness. It doesn’t define them.”