The BlueIce app aims to help young people manage their emotions and urges to self-harm. 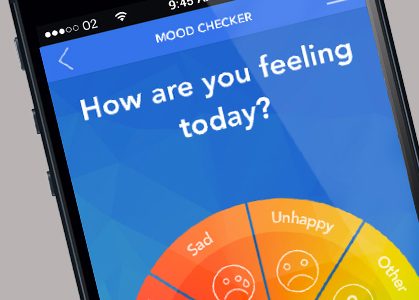 This week marks the launch of a new Oxford Health app called BlueIce, on the NHS App library.

BlueIce was developed by Professor Paul Stallard, working together with the Oxford Health young people’s participation group.  The app allows users to track their moods, access a toolbox of ideas to lift their mood (such as going for a run or talking to a friend), and provides access to emergency help if needed.

Professor Paul Stallard, Head of Psychological Therapies at Oxford Health said: “Self-harm in young people aged up to 18 is a major public health problem: community surveys find that as many as 20% of young people will self-harm by the age of 18.”

“The discussions we had with young people highlighted that a smartphone app might be able to provide immediate help at times of distress and help them manage urges to self-harm.”

BlueIce is one of the few mental health apps designed for young people that has been evaluated. Feedback from young people who have used the app has been very positive.

“Its actually really good; it has helped a lot, and I haven’t self-harmed in a while,” according to one of the young people trialing the app.

TalkingSpace Plus Roadshow in Wantage