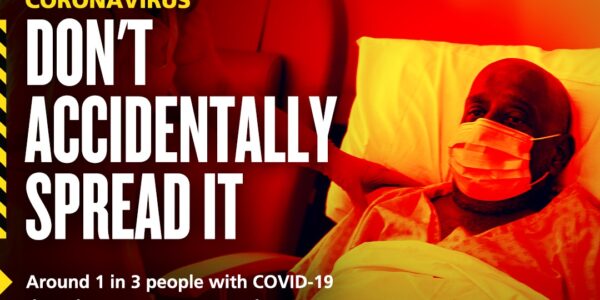 COVID still at dangerous levels despite improving picture across Oxfordshire

Residents are being reminded not to let their guard down as the levels of COVID-19 remain dangerously high in the county, despite a slightly improving picture. While there has been a decline in rates throughout Oxfordshire, they are still much higher than they were in December and hospitals remain under tremendous pressure. For the week ... Read more

Residents are being reminded not to let their guard down as the levels of COVID-19 remain dangerously high in the county, despite a slightly improving picture.

While there has been a decline in rates throughout Oxfordshire, they are still much higher than they were in December and hospitals remain under tremendous pressure.

Val Messenger, Oxfordshire County Council’s Deputy Director for Public Health, said: “This lockdown is slowly starting to have a positive effect on our rates. However, the rates are falling back at a much slower rate than they rose, and they are much higher than they were back in December. The situation in our hospitals also remains severe and our healthcare staff are under immense pressure.

“The vaccination programme continues to make excellent progress in Oxfordshire, and we are on track on schedule to achieve the government target of the top four priority groups being vaccinated by mid-February. However, we must remember that those who have been vaccinated will not have full protection until at least three weeks after they have received their second dose. Moreover, those who have received the vaccine could still pass on the virus to others. So we can’t afford to let our guard down. To protect each other, we must all continue to adhere to the lockdown rules and public health guidance about washing hands regularly, keeping socially distanced and wearing a face covering.

“Testing is another valuable tool in our fight against the virus and work is now ongoing to introduce community testing in early February for select key workers in the county. One in three people infected with COVID-19 do not know that they have the virus. The rapid spread of the highly infectious new variant makes community testing for those who work outside the home an even greater priority. It will allow us to better identify asymptomatic carriers of COVID-19, and so help us more effectively control the virus and stop the spread.

“For those people with COVID-19 symptoms, testing sites are available across the county and there are plenty of slots available. I would urge everyone who has symptoms to get tested and self-isolate, which will also stop the virus from spreading.

“As we approach 12 months of restrictions, it’s really important that we do not give up now. Everyone is doing so well, but we need to continue to do our bit so that together we can stop the spread. The rapid transmission of the highly infectious new variant of COVID-19, plus the risks of other variants, makes it even more vital that we don’t relax now – we could end up back at square one, very quickly, if we do. Please, keep going.”