Oxford Health is at the top of the table for most people recruited to take part in research studies. 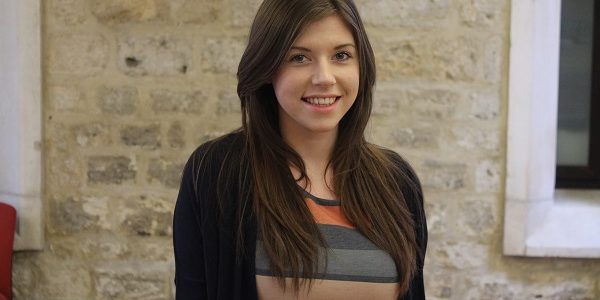 The Trust recruited 1,908 people to 36 studies supported by the National Institute of Health Research (NIHR) Clinical Research Network in the 2016/17 financial year.

During the previous year, we recruited  1,812 people to 29 studies, making us second in the table of 224 NHS organisations which ranks trusts by the number of people recruited.

Among the trust’s studies is a trial exploring how to lower smoking rates in people with bipolar disorder and schizophrenia.

People with mental illnesses are far more likely to smoke: they consume 42% of tobacco in England, and 53% of those with schizophrenia and 48% with bipolar disorder die of smoking-related illnesses.

The Smoking Cessation Intervention for severe Mental Ill Health Trial (SCIMITAR+) is comparing routine GP support for stopping smoking, with a new programme of one-to-one support in Buckinghamshire and Oxfordshire.

The intervention involved Oxford Health referring their patients to 8 to 12 weekly, 30 to 45-minute sessions with a mental health practitioner, helping them to quit by tackling issues such as coping with cravings and setting a new routine.

Patients could also get prescriptions for Nicotine Replacement Therapy (NRT) from GPs during the trial, which closed to new participants in December.

Participants were compared to the usual NHS stop smoking services, which involves GP support and NRT, but with no one-to-one support. Their progress was checked with questionnaires and carbon monoxide breath tests.

Participant Sarah Holmes, who has bipolar disorder, said: “I had been smoking since I was 12 years old, and at the height of my addiction, I was smoking 20-30 a day.

“It almost seemed like I lived and died to smoke. I was smoking very much with my mental health problems and this had to come to an end.”

The Buckingham resident, 51, said: “When it did come to an end, I struggled a lot, but it has helped having the visits and also the carbon monoxide tests.

“We decided on the best way to help me quit smoking and the strength of the patches and inhaler.

“This went on until I realised I didn’t want to use patches anymore. I have now given up smoking, which has been a huge benefit to me.

“My mental health has improved. I think it’s just taken the dependency on cigarettes away, which has made me feel much better.”

“Smoking also increases metabolism, meaning that medications need to be prescribed at higher doses to achieve a therapeutic effect and quitting may mean service users are able to reduce doses of psychiatric medications.

“This study has helped us identify that it is difficult to demonstrate the importance of smoking cessation to mental health professionals, as many feel service users have a lot going on as it is and quitting smoking isn’t most important to them.

“I think the trial will also add to the already growing recognition by mental health services that physical health is a big concern and needs to be addressed as well as mental health needs.”

The study was supported by the NIHR Clinical Research Network (CRN) Thames Valley and South Midlands, an NHS-funded body which works to ensure research can take place in the health service. It was funded by the NIHR Health Technology Assessment Programme.

Professor John Geddes, director of research and development at Oxford Health said: “We are delighted to be one of the trusts doing the most to make sure that mental health research is at the forefront in the NHS.

“Our researchers work with NHS patients to make progress in topics ranging from dementia to eating disorders to schizophrenia.”

Oxford Health teams nominated for placement of the year award