In research led by scientists at Oxford Health and Oxford University's Department of Psychiatry, GP surgeries across Europe are about to test a new method to find anti-depressants that work for individual patients. 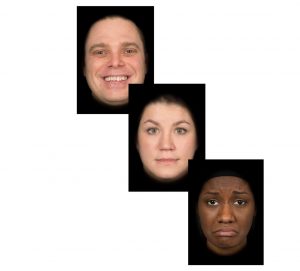 Images from the PReDicT test (courtesy of P1Vital)

A new method to find anti-depressant treatments that work for individual patients is about to be tested at GP surgeries across Europe. Researchers at the Oxford Health NHS Foundation Trust and Oxford University’s Department of Psychiatry, in collaboration with the Oxfordshire based company P1vital Products Ltd, are conducting the PReDicT (Predicting Response to Depression Treatment) study.

There are many anti-depressant drugs currently on the market, and different drugs seem to work on different people. But it generally takes between 4-6 weeks of treatment before people with depression start feeling better, and many people will not respond to initial anti-depressant drugs prescribed. This means that it often takes months to find an effective treatment for a patient.

Dr Michael Browning, a consultant psychiatrist at Oxford Health NHS Foundation Trust, a researcher at Oxford University’s Department of Psychiatry and  P1vital’s medical director, is testing a new method which might find the right drug faster.

The method is based on previous work by Professor Catherine Harmer at the Department of Psychiatry. Professor Harmer is also involved in the study, and her work has found that people with depression pay more attention to negative information (such as fearful or sad faces), but that this negative bias disappears once they start receiving an anti-depressant medication that works for them. Crucially, this shift happens within a week, long before other symptoms of depression start lifting.

“It used to be thought that anti-depressant medication could only act on brain chemistry, while you needed things like Cognitive Behavioural Therapy to change the way people looked at the world,” said Dr Browning. “But these results show that drugs also have an effect on negative thinking styles.”

“The really interesting thing is that these quite subtle shifts in the way that people see the world can tell us which drugs are likely to work for them: the greater the shift, the more likely it is that the person will feel their mood lift in six weeks’ time. This means that we can potentially predict which drug is going to work for someone with depression by testing changes in their thinking style after just a week, rather than the usual 4-6 weeks.”

The study will shortly start recruiting patients with depression from five European countries, including the UK. Some of the patients trying a medication for depression will be given the P1vital® PReDicT test, in which they have to judge the expression of a face quickly flashed up on a computer screen: those with depression are quicker to spot fearful and sad faces, and sometimes incorrectly say a slightly happy face looked sad. The test is delivered over the internet and has been developed from Professor Harmer’s work by P1vital Products Ltd.

The study will measure if the antidepressant medication which patients are prescribed changes this pattern of seeing the world. If there are no changes within a week, the patients will be switched to a different medication.

The team will then track whether more patients who have used the P1vital® PReDicT test to find an antidepressant medication that works are feeling better after 6-8 weeks of treatment, compared to patients treated as normal.

“Too many patients with depression have to wait months before finding a treatment that helps them. If successful, this study will demonstrate how to drastically reduce this period and so reduce the often devastating impact that depression can have on lives,” said Dr Browning.

This study is sponsored by P1vital, and co-funded by the Horizon 2020 SME programme of the European Union.