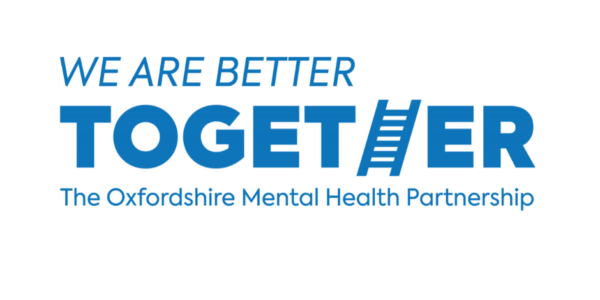 "Every mental health and care professional in our city is a hero. Together our third sector and NHS are making a huge contribution to the mental wellbeing of Oxford and Oxfordshire."

Oxfordshire’s mental health workers have been praised as heroes by the Shadow Chancellor of the Exchequer.

Oxford East MP Anneliese Dodds has praised the way mental health workers are supporting people in our communities during the coronavirus outbreak. 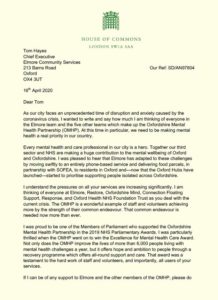 “As our city faces an unprecedented time of disruption and anxiety caused by the coronavirus crisis, I wanted to write and say how much I am thinking of everyone in the Elmore team and the five other teams which make up the Oxfordshire Mental Health Partnership (OMHP). At this time in particular, we need to be making mental health a real priority in our country.

“Every mental health and care professional in our city is a hero. Together our third sector and NHS are making a huge contribution to the mental wellbeing of Oxford and Oxfordshire. I was pleased to hear that Elmore has adapted to these challenges by moving swiftly to an entirely phone-based service and delivering food parcels, in partnership with SOFEA, to residents in Oxford an —now that the Oxford Hubs have launched—started to prioritise supporting people isolated across Oxfordshire.

“I understand the pressures on all your services are increasing significantly. I am thinking of everyone at Elmore, Restore, Oxfordshire Mind, Connection Floating Support, Response, and Oxford Health NHS Foundation Trust as you deal with the current crisis. The OMHP is a wonderful example of staff and volunteers achieving more by the strength of their common endeavour. That common endeavour is needed now more than ever.

“I was proud to be one of the Members of Parliament who supported the Oxfordshire Mental Health Partnership in the 2019 NHS Parliamentary Awards. I was particularly thrilled when the OMHP went on to win the Excellence for Mental Health Care Award.

“Not only does the OMHP improve the lives of more than 6,000 people living with mental health challenges a year, but it offers hope and ambition to people through a recovery programme which offers all-round support and care. That award was a testament to the hard work of staff and volunteers, and importantly, all users of your services.

“If I can be of any support to Elmore and the other members of the OMHP, please do say. I am proud to have worked so closely with you in recent years and I will do all I can to support your teams and the people who rely on you, both as your Member of Parliament and in my new role as Shadow Chancellor of the Exchequer.