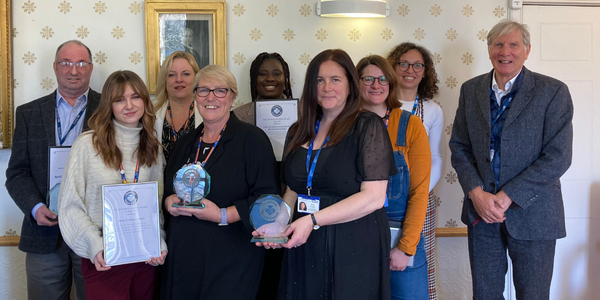 North Oxon CAMHS and Bucks EIS were team winners for September and October but had been unable to attend the previous prize-giving ceremonies, hence they got their awards last week with Andy, the November individual winner.

David gave all winners a warm welcome and took the opportunity to update the attendees on the grand plan for Warneford: the beautiful old hospital building would remain on the campus but a new hospital, fit for the 21st century would be built to serve patients and staff for healthcare purposes.

“IF we get the funding!” David emphasised. He then turned to the celebrations of the day:

“There’s no point pretending that this winter we are not facing huge challenges: winter pressures, flu, cost of living and of course pay and the related strike action which we must respect. But every month we do celebrate teams and individuals who make a difference and go over and above for patients and service users – it is after all for them that we exist as a Trust.”

David then read out each nomination and presented the winners with their prizes: an engraved trophy and signed certificate plus a £100 gift card for teams and £50 card for individual winner Andy.

Care for patients and for each other 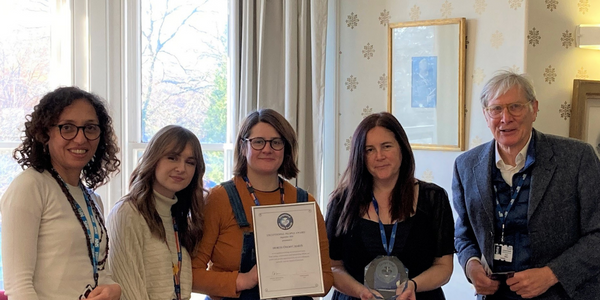 “The team care greatly about not only the work they do but also one another. Despite working in difficult times where they are faced with high demands, increasing caseloads and long wait times, the team’s compassion for one another and the care they provide is inspiring.  They are always there for another to support, build each other up and help when needed. They have made an incredible difference to one another and to children and young people. “ 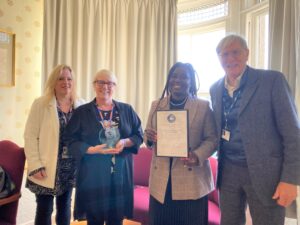 Bucks Early Intervention Service were nominated by a member of staff who has wished to remain anonymous. They wrote:

“Over the past period the team have been very flexible in adapting to change and have been still able to keep clients safe,  providing quality care in difficult circumstances. The team regularly gets positive feedback from I Want Great Care and have very few, if any, formal complaints and serious untoward instances, which demonstrates safe and good quality care. Where improvements have been identified in national audits, they have continually strived to excel, improve and learn. Clients and staff do not wish to leave the service because of the care and support they give.” 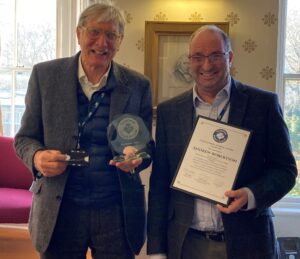 “Andy has recently stepped in to provide support for the newly forming Gateway Single Point of Access Team, despite having his own team to lead and manage.  With the support of his own team, he has successfully inducted six new members of staff into the Gateway and has worked with them to ensure that they have all of the tools and support that they need to manage the tasks that they have been set.

“The new starters have all settled very well into the service with Andy’s support, without which their induction period would have been much more challenging. “

Give someone a real boost for the New Year and nominate them for Exceptional People Awards! Each month we celebrate a team and an individual who have made a real difference to patients, carers and colleagues.

January deadline is January 4 so hurry up! However, nominations are accepted at any time so if you miss one month’s cut-off date, you nomination simply be rolled into the following month. Nominate online here.