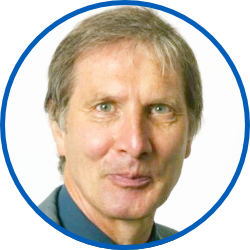 David Walker was appointed Chairman of Oxford Health in 2019.

Prior to this he served on the Board of Central and North West London NHS FT since 2011.

Previously, he has been a trustee of the Nuffield Trust, the National Centre for Social Research, a Board member of social landlord Places for People and a council member of the Economic and Social Research Council.

Until 2010 David was Managing Director responsible for Communications and Public Reporting at the Audit Commission.

He is the author of several books and is currently the chair of the Understanding Society (the UK household longitudinal study) and a contributing editor of the Guardian’s Public Leaders Network. 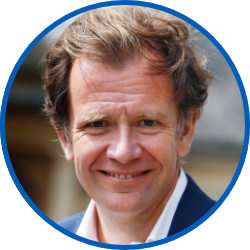 He brings a wealth of experience to Oxford Health, having joined the Trust from Southern Health NHS Foundation Trust, where he lead the organisation from a Care Quality Commission (CQC) rating of ‘Requires Improvement’ in 2017 to ‘Good’ in January 2020.

Prior to that Nick was chief executive of Somerset Partnership NHS Foundation Trust.

As a consultant psychiatrist for more than 20 years specialising in forensic psychiatry, he has held medical and clinical director roles, and a variety of other managerial positions, including as a director of Imperial College Healthcare Partners. He obtained his medical degree from Cambridge and completed his training at St. Thomas’ Hospital, London. 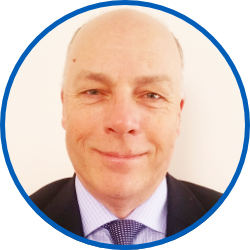 Tim Boylin graduated in Law from Leeds University in 1983 before joining the Dowty Group of companies as a personnel officer.

He spent 15 years in progressively more senior HR roles in the aerospace and defence sector with Dowty and TI Group, including a five year period based in Toronto leading the HR function for Canadian subsidiaries.

He moved into the utilities sector in 1998 and has held operational and corporate HR director roles in Thames Water and EDF Energy.

In addition to the full range of HR responsibilities, Tim has been chairman of two large boards of pension trustees. He also has significant merger and acquisition experience, and has led on Health, Safety and Sustainability and is a champion of equality and diversity.

Tim joined the NHS in November 2016 and joined the Board of Directors of Oxford Health in January 2018. 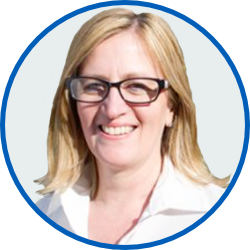 Marie has been a nurse for over 30 years and a senior manager with provider and commissioning organisations.

She has also worked at a regional level, implementing evidence-based practice and working with carers to influence change. 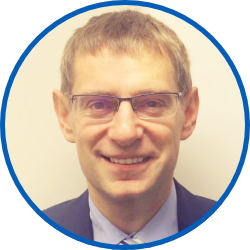 Dr Mark Hancock has worked with Oxford Health in a number of roles since 1999, and he was appointed the Medical Director in April 2016.

He has previously been the Deputy Medical Director, since May 2013. In recent years, he has been psychiatric lead for medium secure services (2013-14) and associate clinical director for forensic services (2011-2013).

He completed the Nye Bevan programme with the NHS Leadership Academy in 2014. 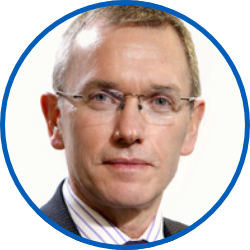 Together with the financial experience gained in manufacturing and commercial organisations, he has experience of managing IT and HR. 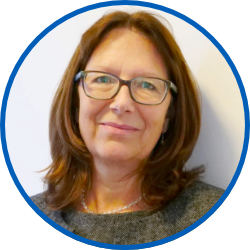 Debbie was appointed to a new board level role to lead mental health and learning disability services in July 2019, reflective of the approach to more joined up ‘integrated’ care across health and social care systems in Oxfordshire, Buckinghamshire, Bath & North East Somerset, Swindon and Wiltshire.

In this role Debbie helps in the delivery of the NHS Long Term Plan, building on discussions with key partners, including Oxfordshire and Buckinghamshire Clinical Commissioning Groups (CCGs).

She joined Oxford Health from Buckinghamshire Clinical Commissioning Group where she was director of commissioning and delivery. She studied at Oxford’s Wolfson College where she obtained her masters. 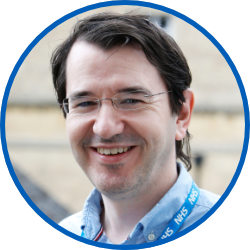 Dr Ben Riley was appointed to new and innovative Board-level role in May 2020 to enable closer and better working across community, primary, social care, and third sector partners to improve services and the health of the communities in Oxfordshire.

Ben is currently Chief Clinical Officer and Chair at OxFed, one of four GP federations in Oxfordshire. He is also joint clinical director of the ‘Healthier Oxford City’ Primary Care Network (PCN), which comprises three city practices and OHFT’s Luther Street Medical Centre, caring for a diverse population of 42,000 patients in central and north Oxford, including the homeless population and significant numbers of students as well as a health-deprived older population.

Currently a GP at Oxford’s busy 19 Beaumont Street Surgery, Ben has an interest in frailty and is the lead doctor for a nursing and care home that includes patients with complex healthcare needs and dementia. Now in his sixth year in Oxford City, Ben previously worked for seven years as a GP in Faringdon.

He has also had leadership roles at national level. As the Royal College of General Practitioners’ Medical Director of Curriculum and GP Education from 2012-19, Ben led the team that updated the national curriculum for GP training, which was rolled out into GP training programmes across the UK in August 2019.

Before this he led the College’s e-learning programme, co-authored several national strategy documents and has produced over 250 educational resources and publications for the NHS workforce. He was a Trustee of Lymphoma Action, a leading national charity for people with lymphatic cancer, from 2012-18. 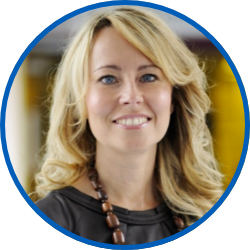 Kerry Rogers joined the Board of Directors* as Director of Corporate Affairs and Company Secretary on 1 September 2015.

Kerry has held Director level roles in the NHS prior to coming to Oxford Health NHSFT, most recently with Sherwood Forest Hospitals NHS Foundation Trust in the Midlands.

With over 20 years’ experience in business and finance in both public and private sectors, Kerry champions good governance and in her company secretary role provides the essential interface between our Board and all of our stakeholders.

Prior to joining the NHS in 2005, her early public sector career was as an Inspector of Taxes. She then went on to be a finance director and company secretary in the private sector, contributing to the strategic direction and operational excellence of businesses. 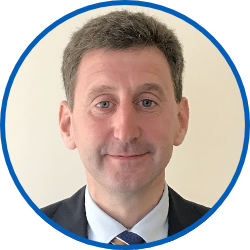 Director of Strategy and Performance

Martyn joined the NHS in September 2016 and was appointed to the Board of Directors as Director of Strategy & Performance in January 2018, and the Trust’s Chief Information Officer  in July 2018.

As an engineer with a background primarily in IT and information, Martyn has 27 years’ public service experience and has served in the Royal Air Force, Thames Valley Police and most recently, at Oxfordshire County Council, where he led IT Services from 2012.

During his time at Oxfordshire County Council, Martyn played a key role in securing the investment required to improve broadband throughout rural Oxfordshire and was a member of the joint board that was setup with BT to oversee delivery.

Martyn brings significant experience of leading organisational change and transformation and is particularly focused on the development of integrated services with both private and public sector partners.

He has recently completed the director programme at the NHS Leadership Academy, in addition to previous training courses hosted by the Ashridge Business School and the Office of Public Management. 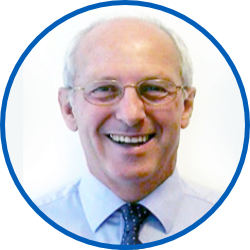 Sir John was appointed to the Board on 1 April 2015, having previously been appointed Associate* Non-Executive Director from 1 October 2014.

He had a long distinguished career with the Royal Air Force, retiring with the rank of Air Chief Marshal. Subsequently he was a Director of Jaguar Racing Ltd and then a Project Director for Rolls Royce Plc.

He was also a member of the Criminal Injuries Compensation Appeals Tribunal for 13 years. Sir John was elected President of Europe Air Sports in 2004 and served for 5 years. He was President of the Light Aircraft Association from 2006 to 2015. 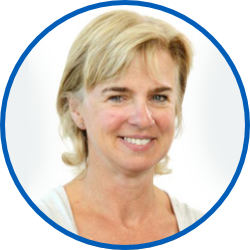 She is also Fellow of Green Templeton College, Oxford, and Visiting Professor at the University of Alberta, Canada. She is a noted specialist on the personal and organisational dimensions of leadership and transformational change, especially in the public and healthcare sectors.

As a founding director and current member of the Oxford Health Care Management Institute, she is involved in the development of courses for the NHS. 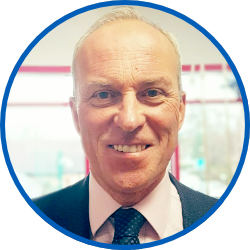 Bernard had a long and successful Civil Service career and retired in 2014 from his role as Director General in the Welsh government. He has 15 years executive board experience, and has also been a Non Executive Director in both an NHS Foundation Trust and a private sector joint venture company.

He led a large corporate services department and was Head of Profession for Human Resources and Organisation Development across all public service bodies in Wales, and responsible for complex multi-million pound contracts with key private sector suppliers across ICT, property and facilities management and learning and development. He is also a Chartered Fellow of the Chartered Institute of Personnel and Development.

He also worked at the highest level in NHS Wales gaining an in depth understanding of the key strategic issues facing health and social care services and the professional and operational challenges facing clinical leaders. 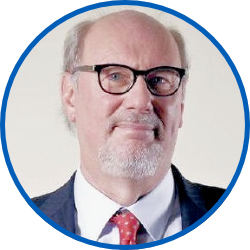 Chris was appointed in April 2017 and is a consultant and executive coach with 25 years’ board experience, working in both executive and non-executive roles.

He is a chartered accountant and has worked in the banking and technology sectors, in local and national government and as a Deputy CEO in the NHS.

He is a Board Trustee of the Healthcare Financial Management Association (HFMA) and a non-executive director of a small digital development company. 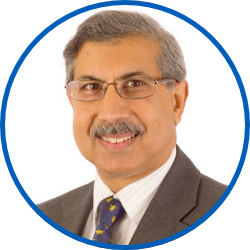 Aroop was appointed a Non-Executive Director on 1 September 2017. After qualifying in medicine from Charing Cross Hospital he initially trained in General Practice in the NHS and then spent a couple of years working for Save the Children in famine relief in Africa.

Aroop has since then had a long career in the Royal Air Force, including being the Inspector General of Defence Medicine, retiring as Director General Medical Services in the rank of Air Vice-Marshal. In the Queens’ Birthday Honours List in 2015 he was awarded a Companion of the Order of the Bath.

Currently he works as a Research Fellow at Harris Manchester College Oxford University, is a National Adviser to the Care Quality Commission and is the Academic Dean of the Society of Apothecaries in London 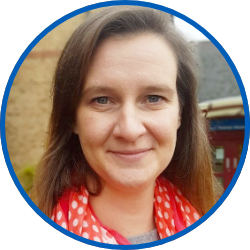 She is a Non Executive Director (Vice Chair) of Soha Housing and a Governor of Oxford Brookes University.